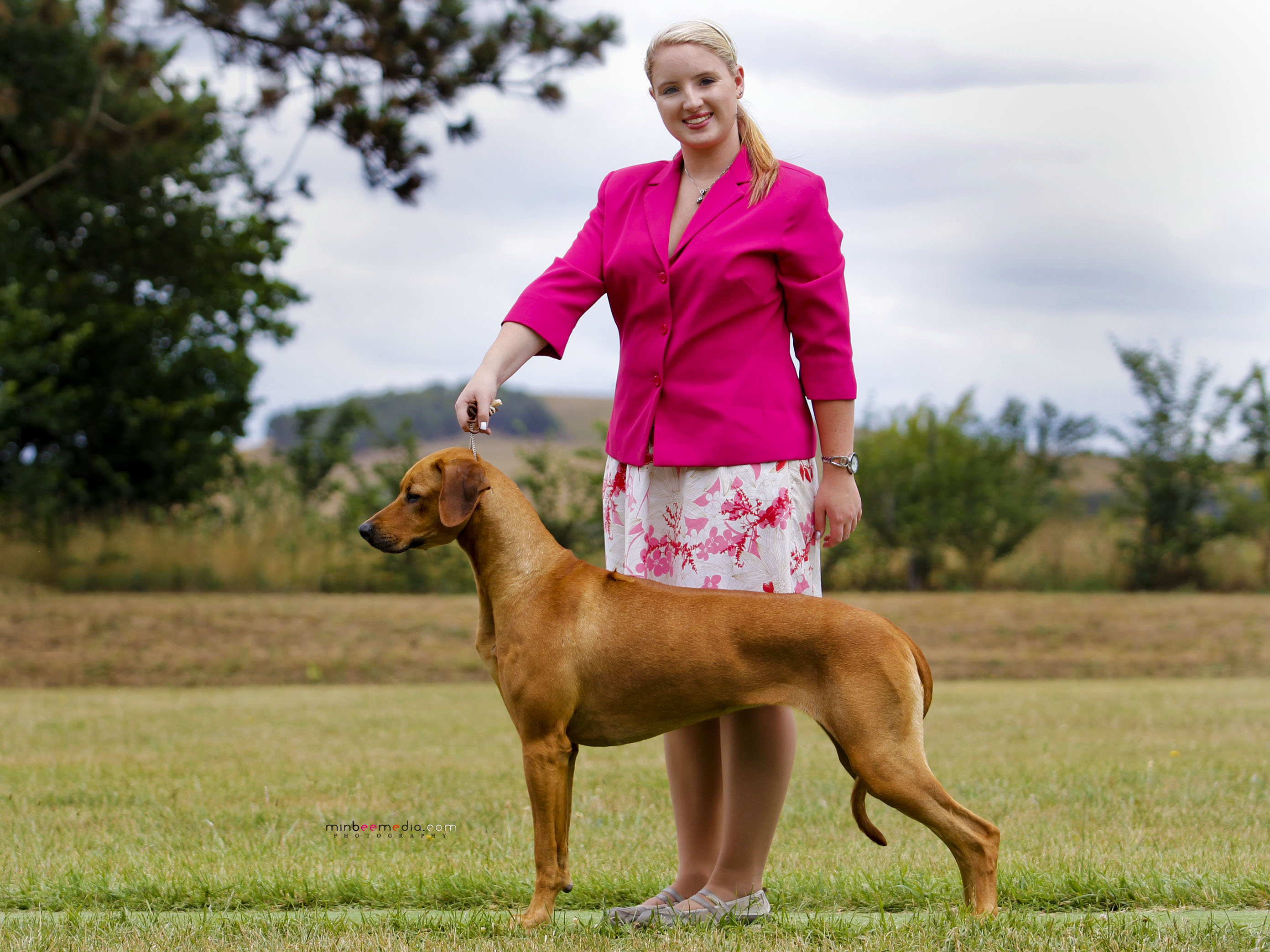 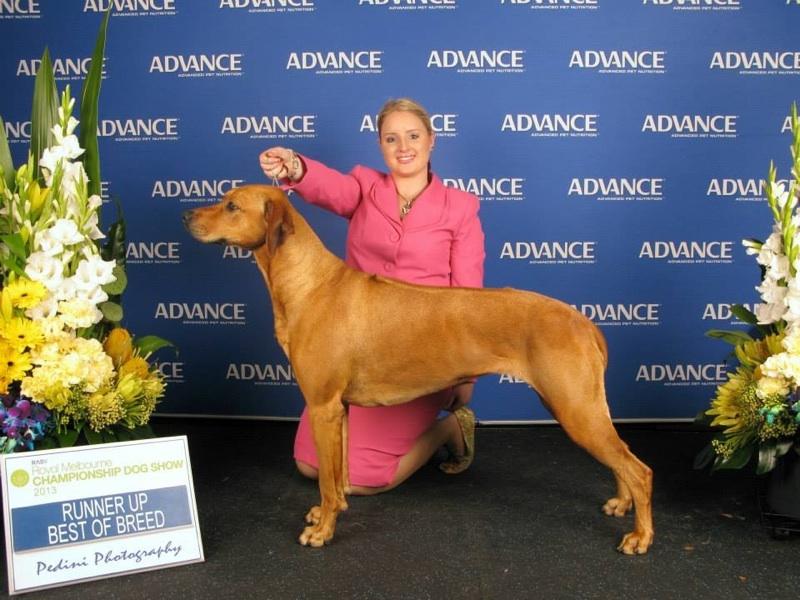 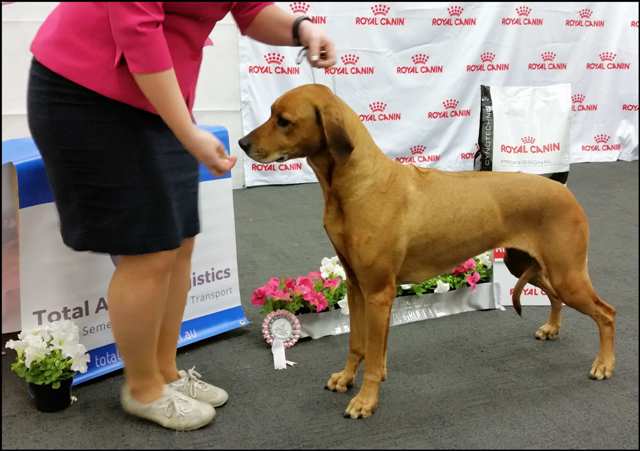 Multi class in group and show

Achievements: Sansa titled at 9 months of age in her first show as a puppy after many wins in the baby and minor classes. She finished in style with a 25 point BOB at the Hound Club of Victoria under International Hound Specialist Dr Dimitris Antonopolous from Greece. We expect her to continue her winning ways and she is already one of Victorias top winning Ridgebacks this year. Sansa finished 2012 on a high achieving #1 rising star ridgeback on Dogzonline and #15 Ridgeback Nationally
2013 Sansa had a great year winning bitch challenge & r/up Best of breed Melbourne royal.Sansa finished the year with a Best of breed @ the Dogs Vic New Years Eve show.Sansa has been very prominent in her young showing debut

Sansa is handled & co owned by Tayla Wright
Well Sansa finished off 2015 with limited showing No 1 Ridgeback bitch in Victoria on DOL.
Sansa attained her Grand Champion status in mid 2016 after winning a 22 point BOB . Sansa will retire to her maternal
duties and a suitable male will be found for her. She will come out for certain big shows only.
2017
Sansa will be AI to my remaining Enzo semen once she is due in, which should be around late July/early August. If we are successful hopefully there will be a bitch worth keeping and running on to see our future.