Bronte passed away quietly in my lap after a paralyzing injury most likely playing with her daughter Sansa. It was the right thing to do, and so we let Bronte cross over as she wouldn’t be in anymore pain. It was a very sad day for both Tayla and myself to see this beautiful girl sleep for the last time.
Dam: Ch Skiska Ginger Whinger
Sire Ch Rijstone Sir Lancelot
Whelped: 28th April 2009 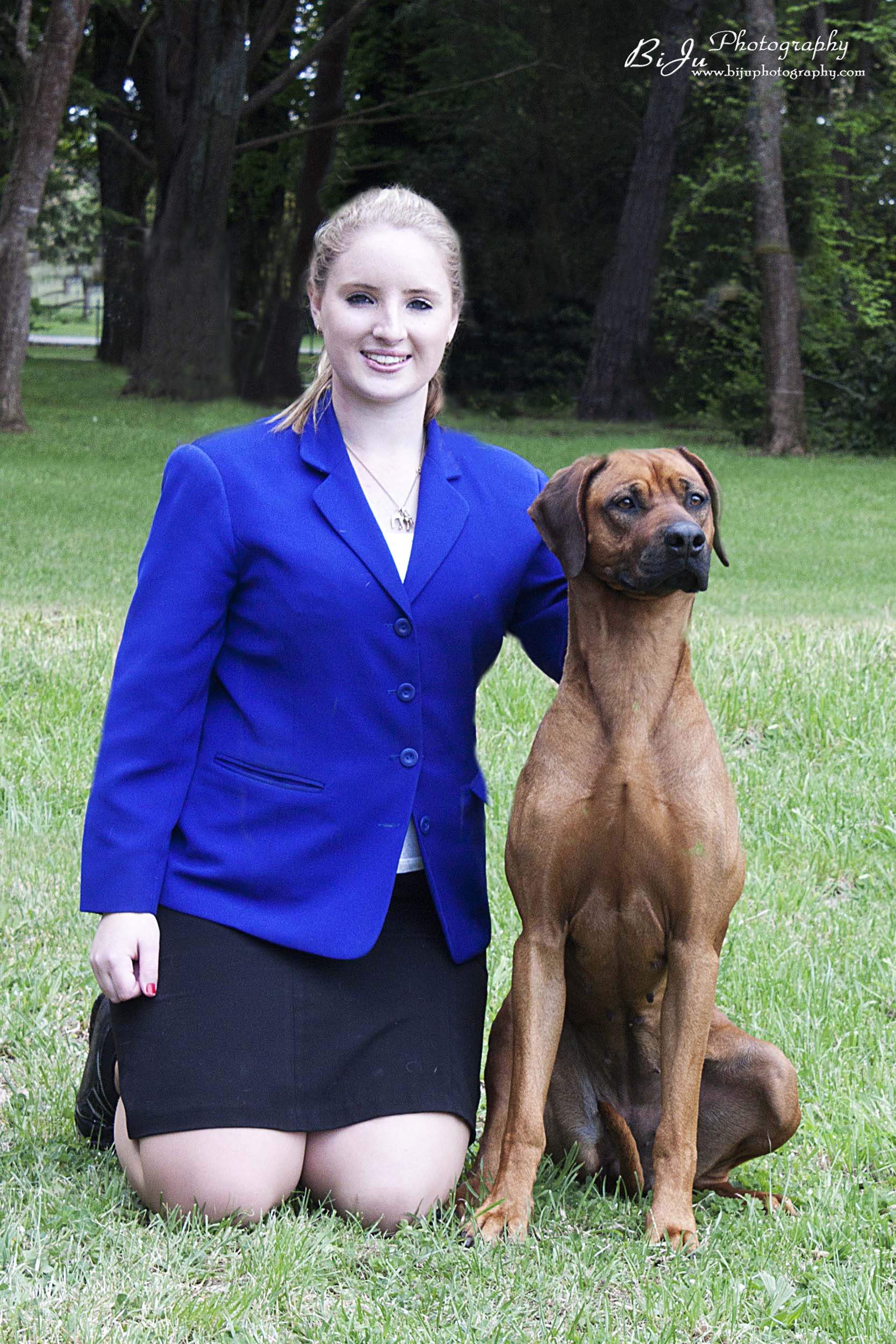 Tayla Wright handled Bronte to most of her big wins including BOB at Sunbury kennel Club November 2010 with a very large entry of Ridgebacks under an English hound Specialist judge.

Achievements: Bronte is one of Victoria’s top winning bitches, she was Junior in show at 12 months of age at the 2010 Ridgeback National in Adelaide and Opposite Aust Bred in Show at 22 months at the Victorian Ridgeback Specialty 2011. She is litter sister to Multi BIS SUP Ch Kinshasa Bronzed Aussie. She is handled exclusively by Tayla Wright.